Your local leader in fitness!

Dean Caputo’s Powerhouse Gym is located at 9254 Market Square Drive in Streetsboro, Ohio. Market Square Drive connects to two main highways, State Route 14 and State Route 43. We have 3 Gyms within 1 for all fitness enthusiasts spanning over 16,000 square feet. There is plenty of FREE parking and lots of shopping and restaurants in the area. Come visit Dean Caputo’s Powerhouse Gym, “Where Dreams Become Reality”!

At sixteen years of age (1979), Dean Caputo had an interest in working out, so he built a weight room in his parent’s Streetsboro Ohio garage with only a couple of benches and a few machines. Having Dean’s friends train with him in his weight room gave him the idea and inspiration to open his own gym. After working two jobs through high school, Dean was able to make his dream come true in 1982. He opened his first business at the age of eighteen years old in his hometown of Streetsboro, Ohio. It was named Bodybuilders Unlimited in the Streetsboro Plaza. While owning his own gym and being a competitive, undefeated Bodybuilder, Norm & Will Dabish of Powerhouse Gym approached Dean about converting his Bodybuilders Unlimited name to a Powerhouse Gym. This was the exciting beginning to a new chapter in Dean’s life!

When Dean and his wife Monica were designing their NEW Powerhouse Gym & Performance Center in Streetsboro, they wanted something different than all the other gyms in the area. Their gym design consists of 3 individually separate gym areas/zones spanning over 16,000 sq ft. 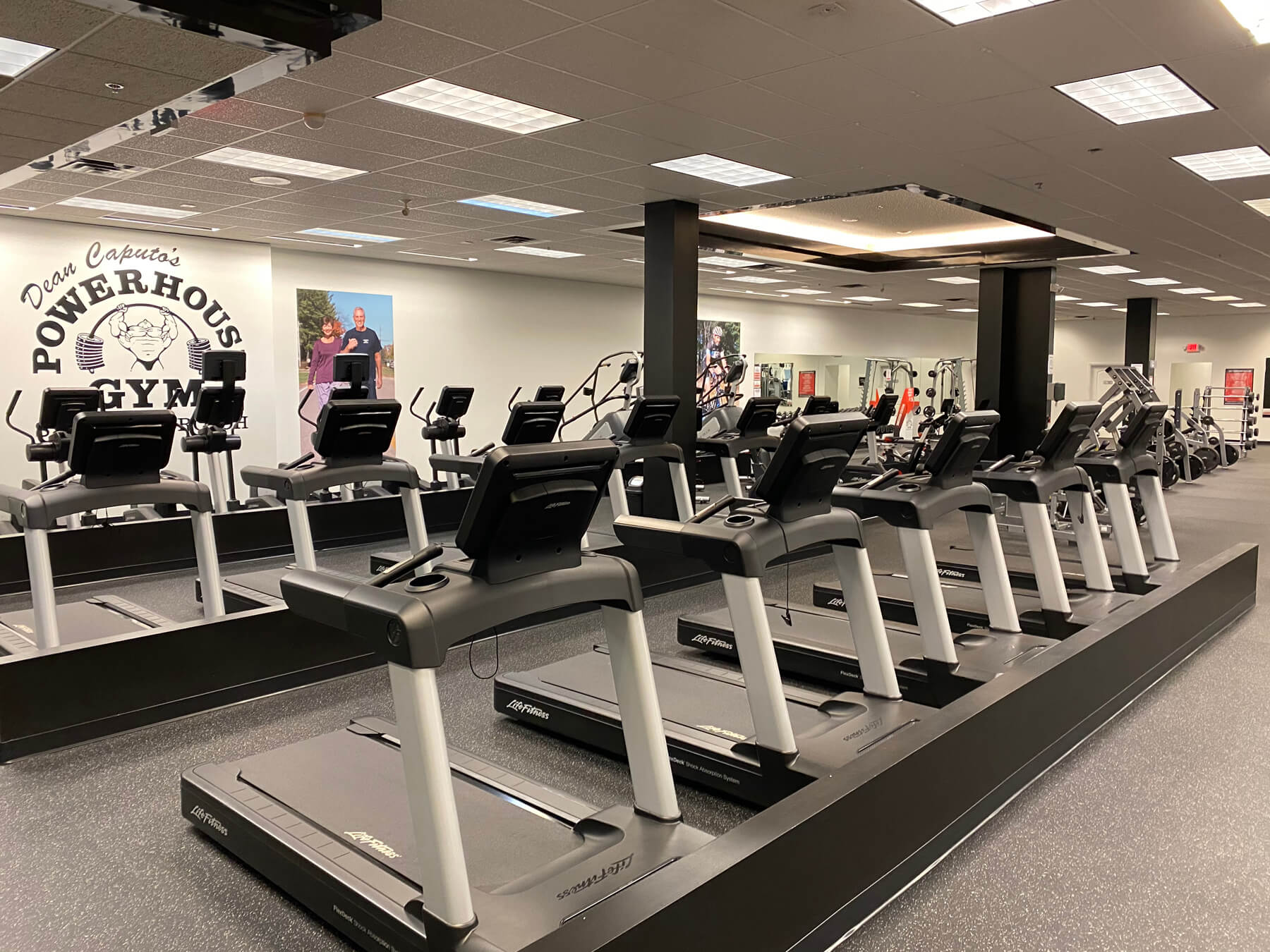 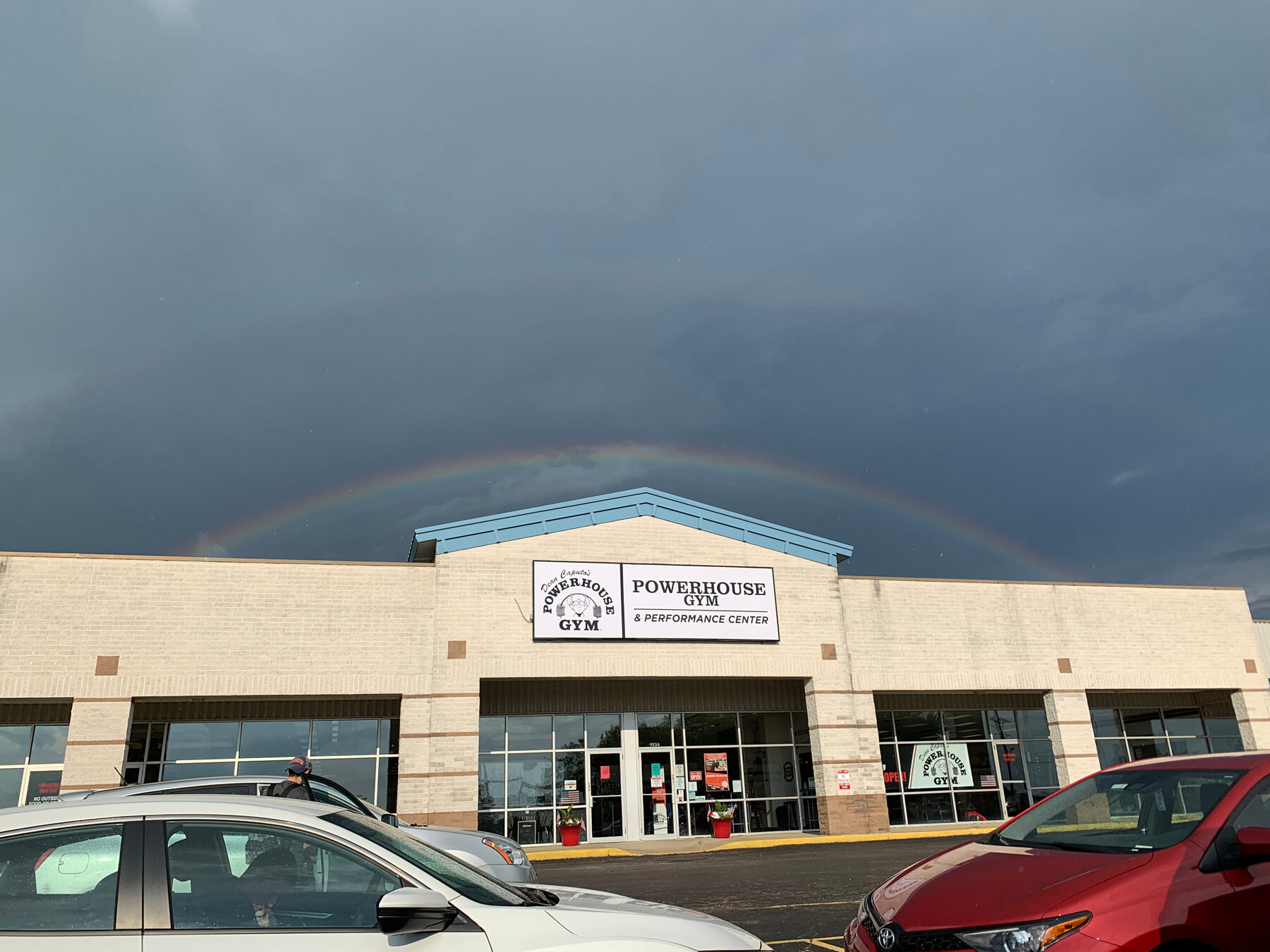 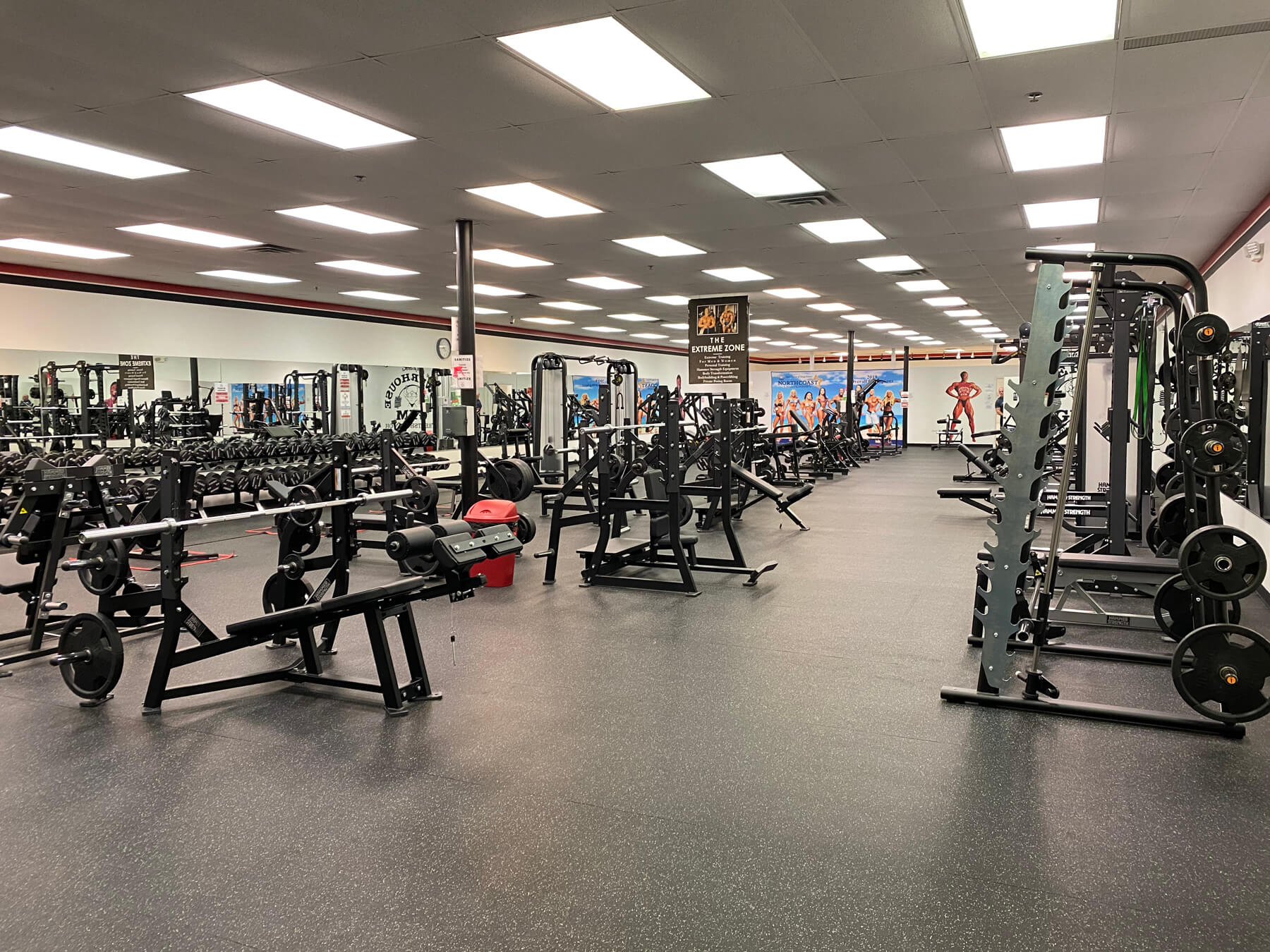 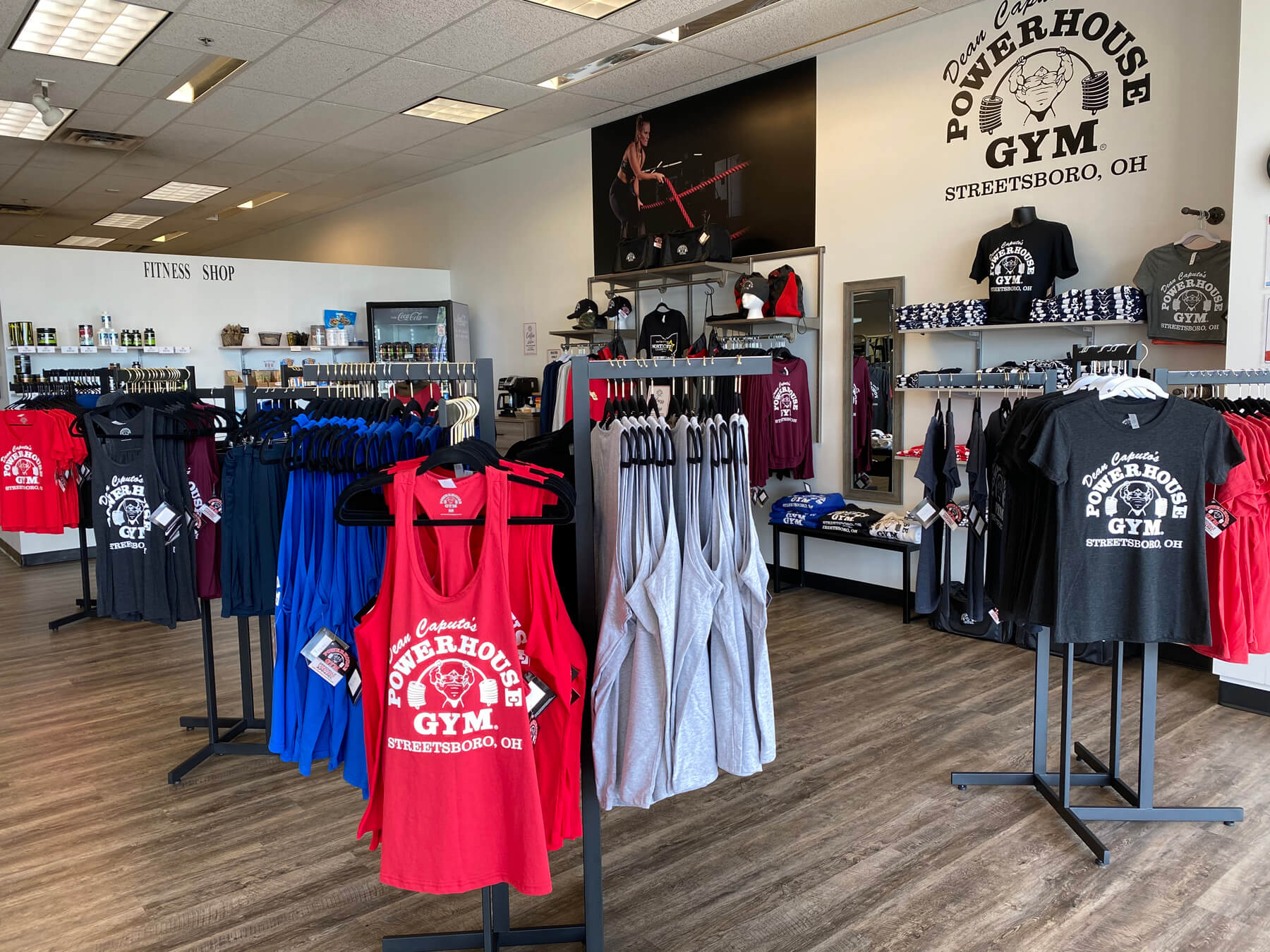 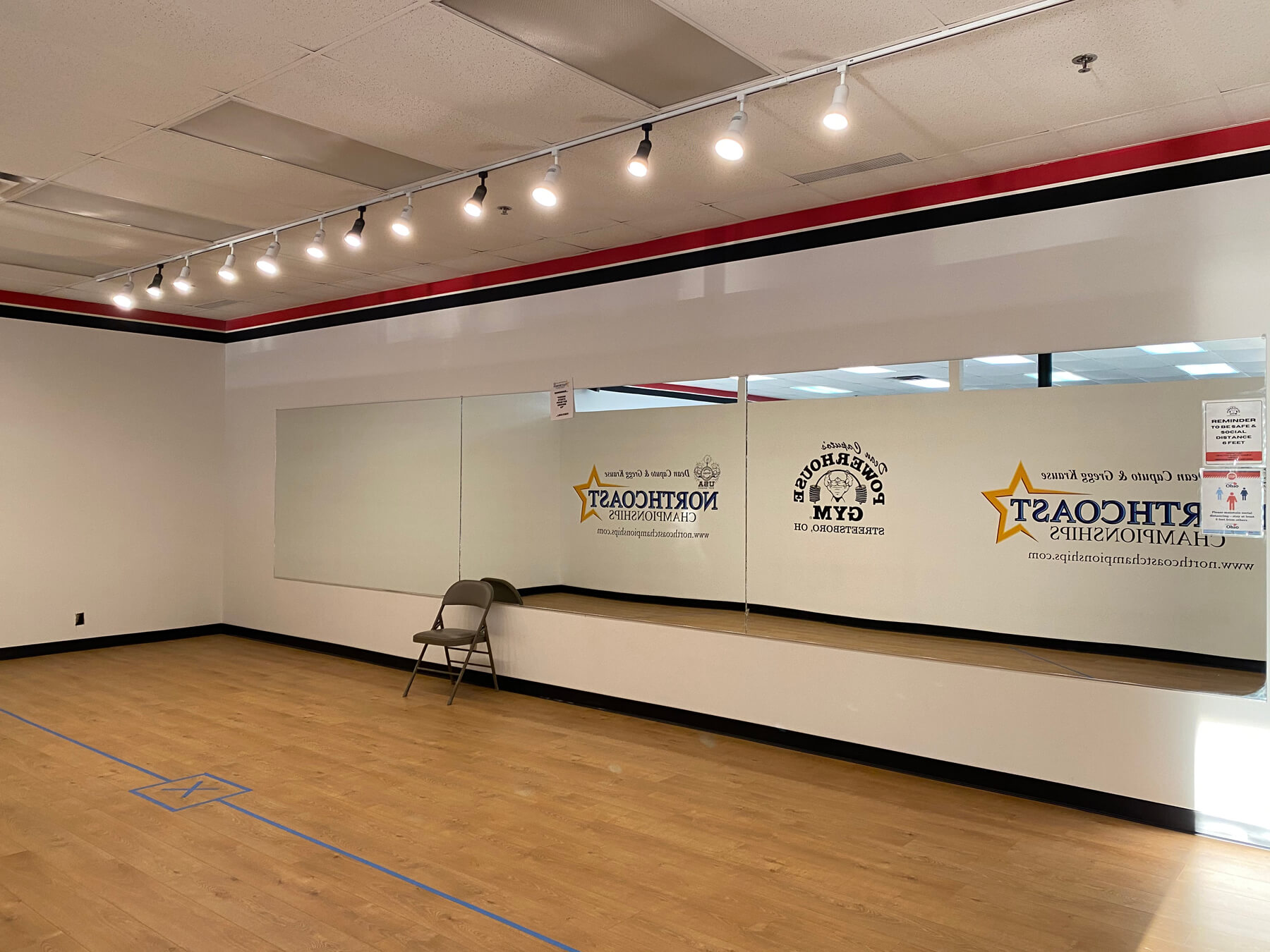 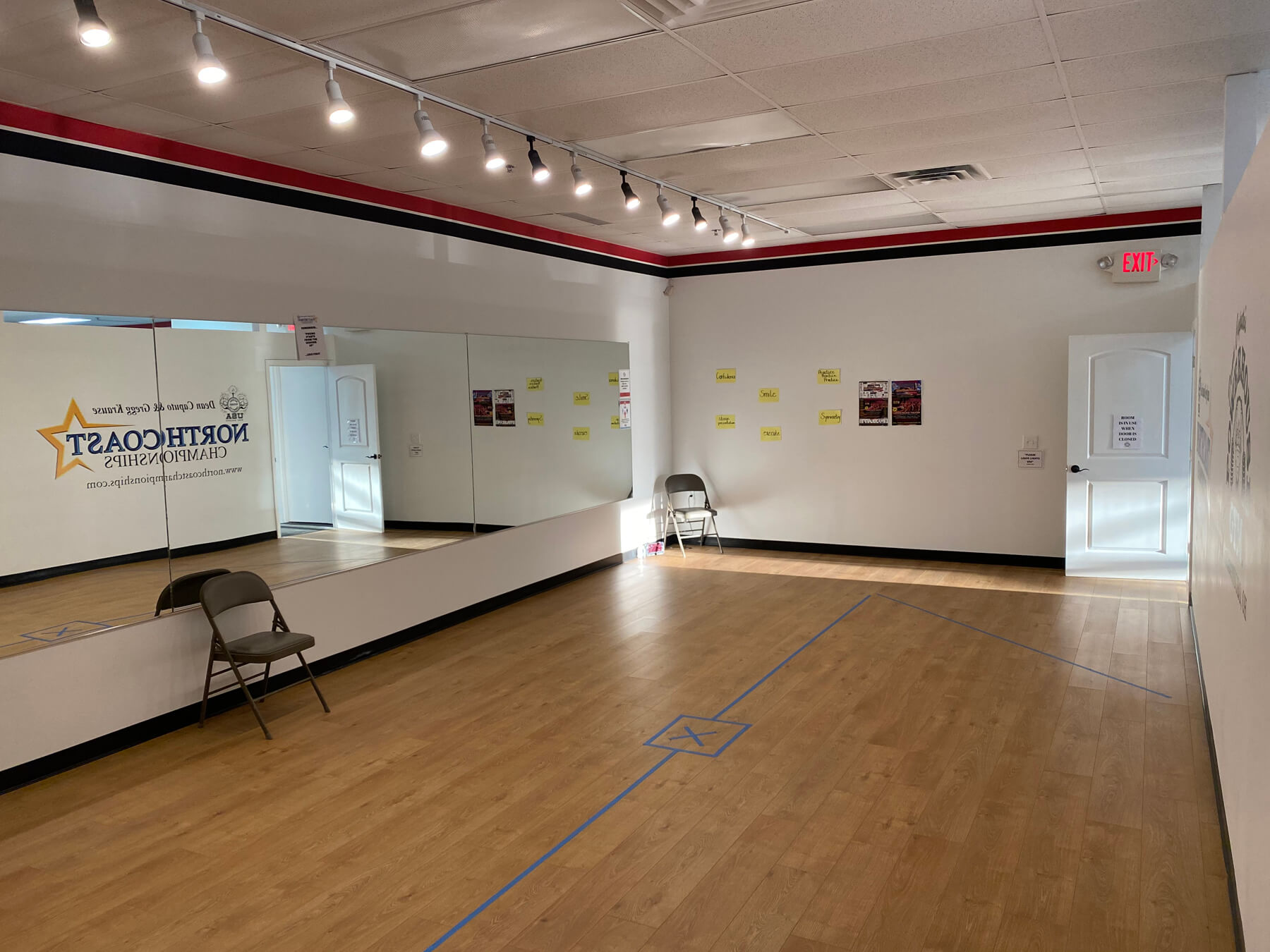 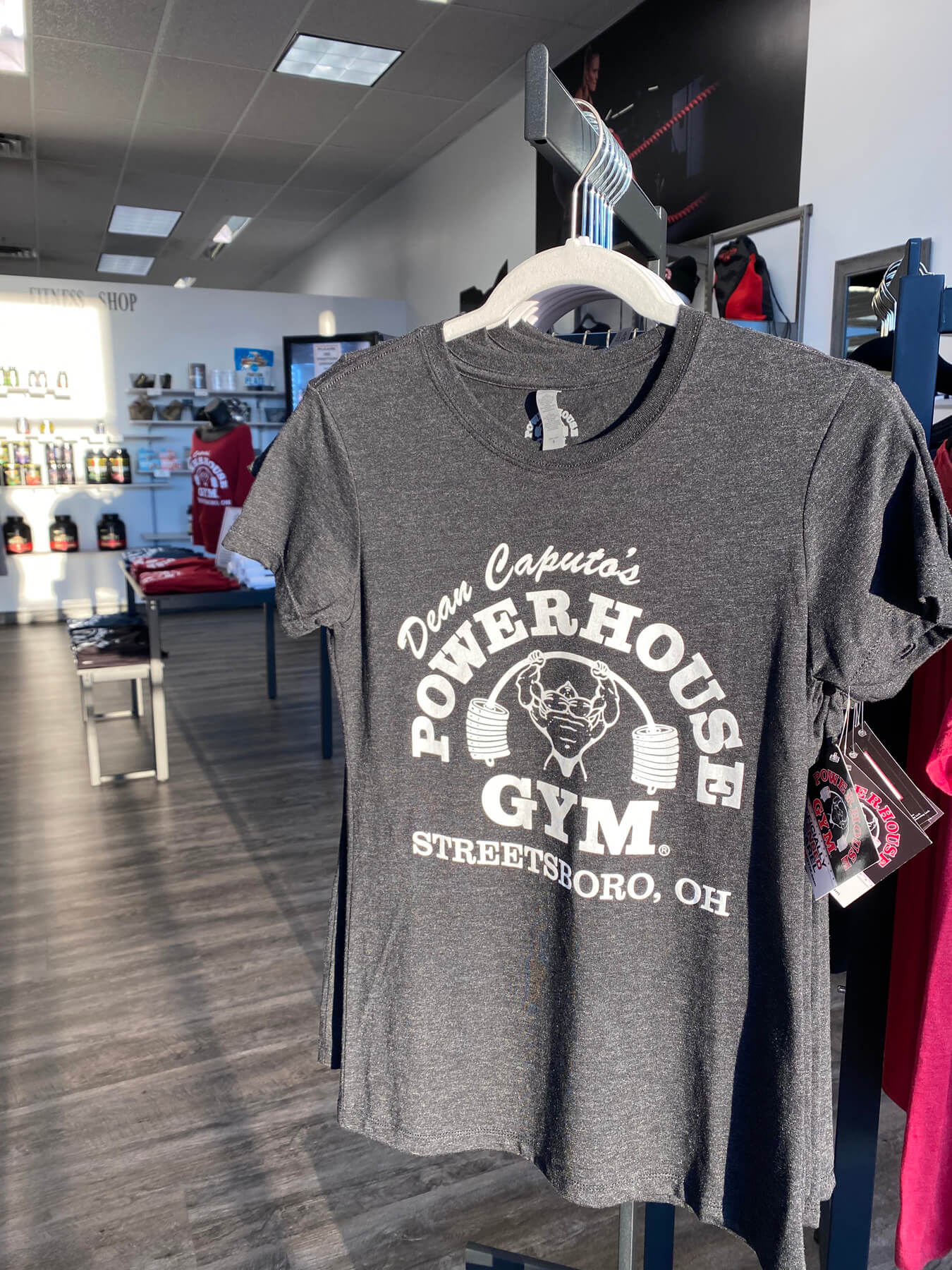 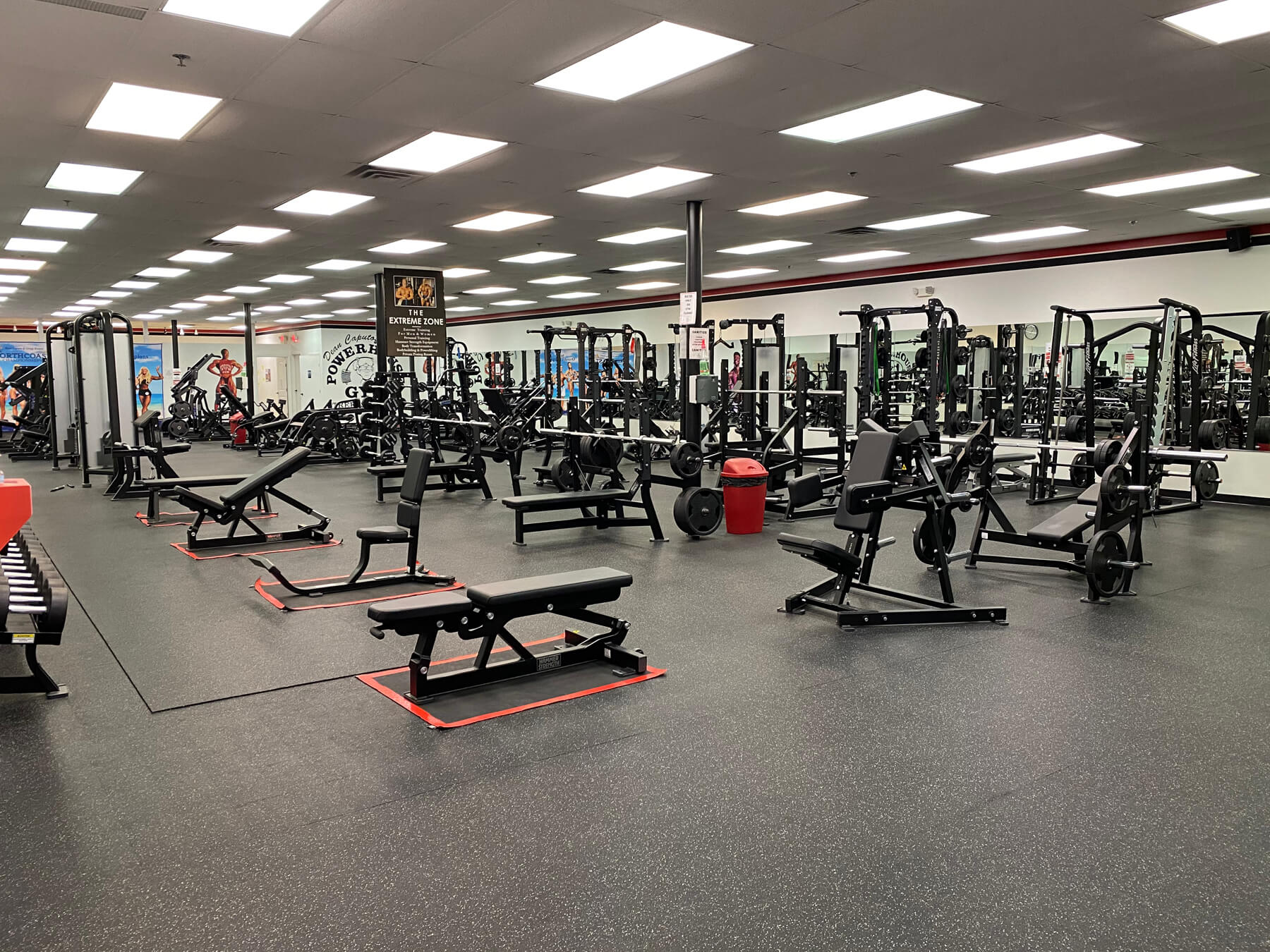 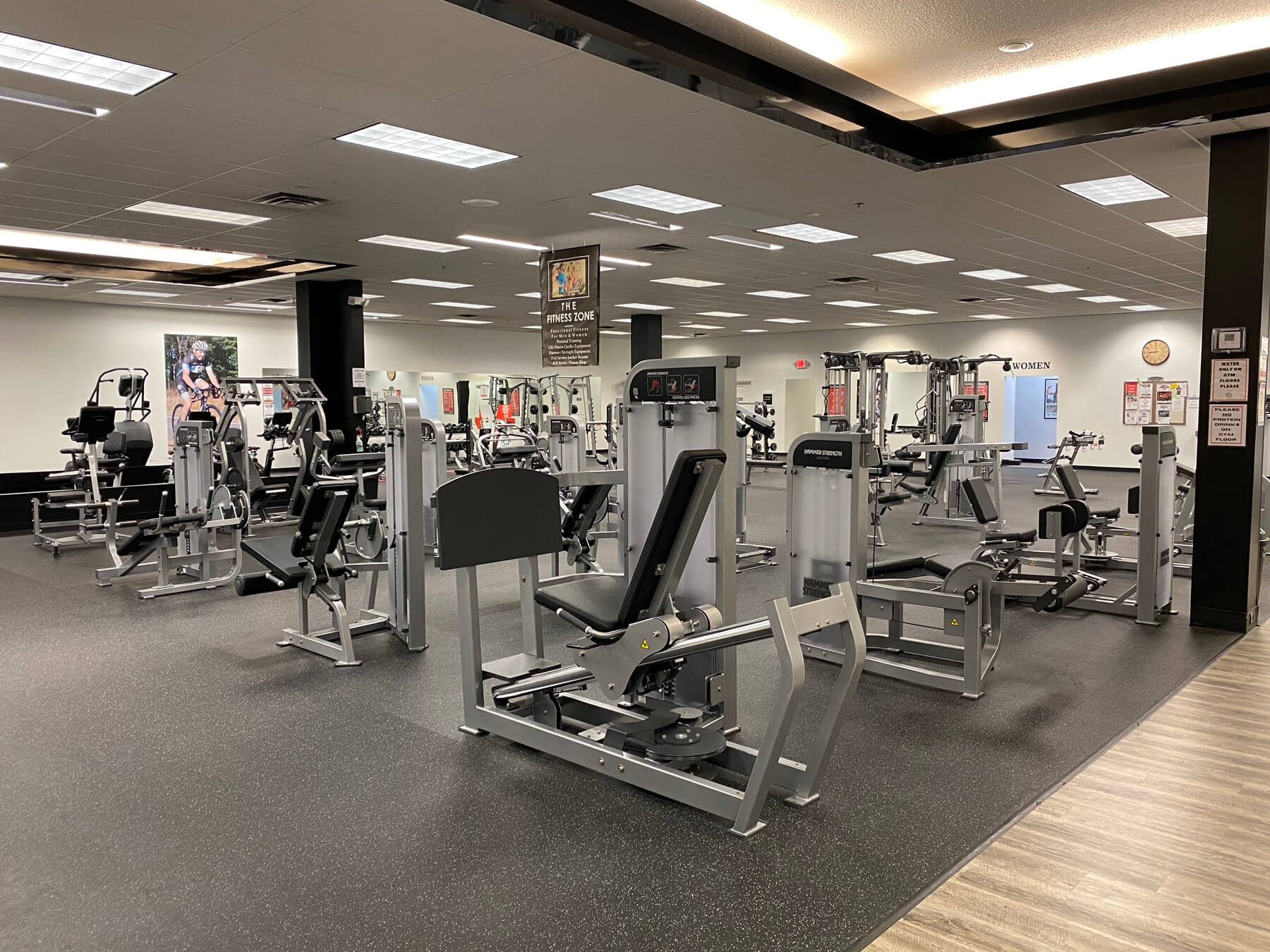 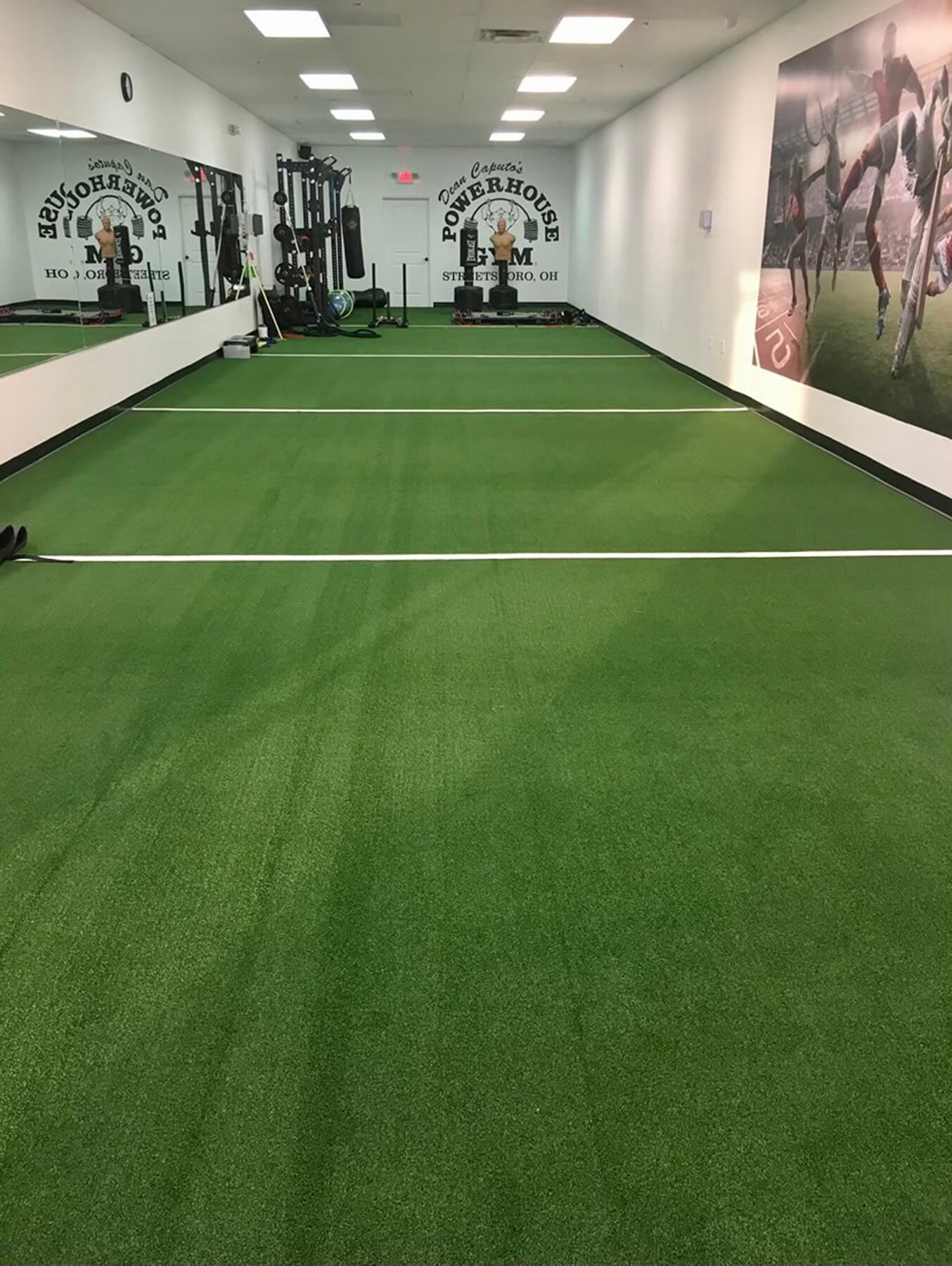 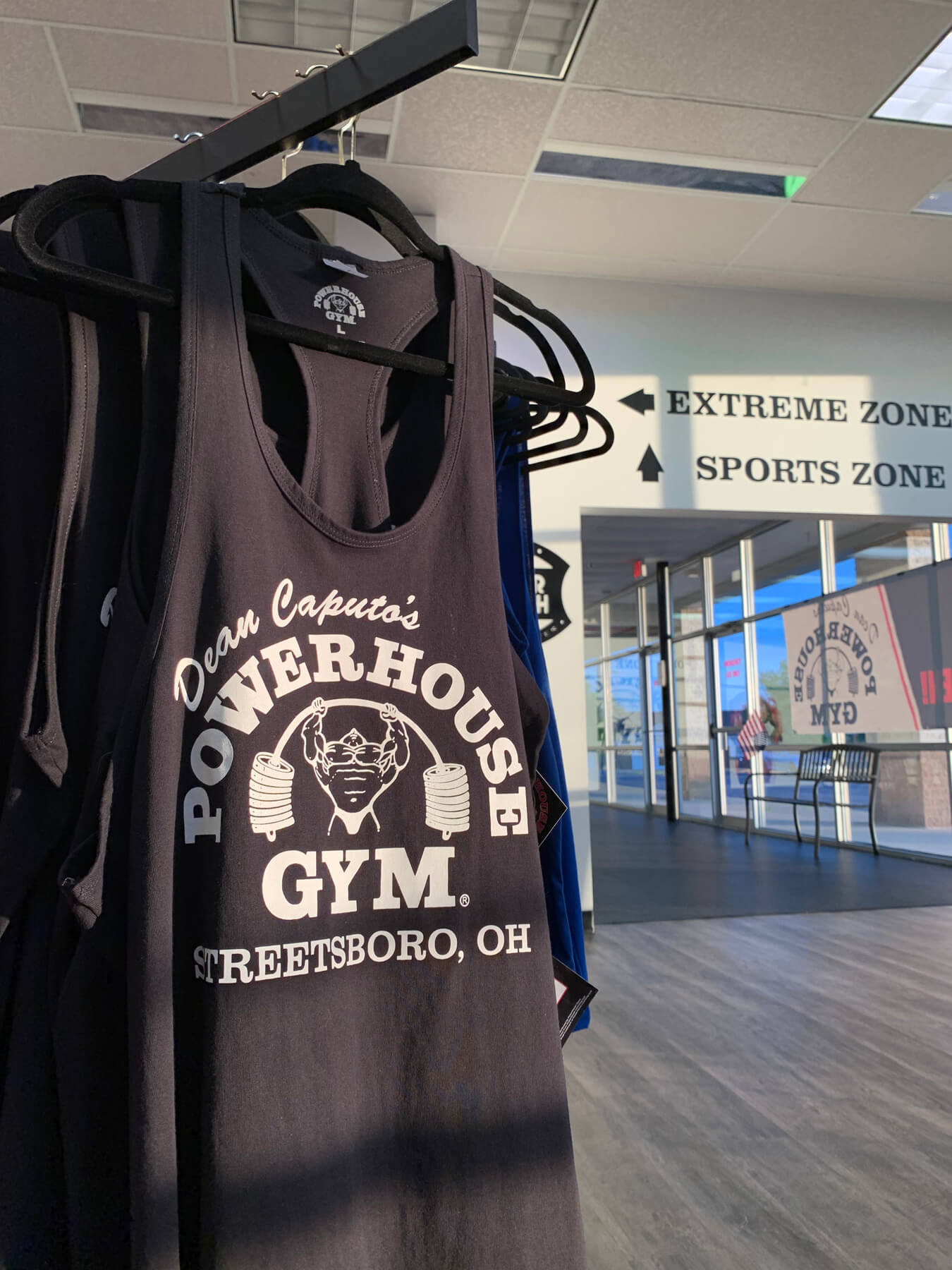 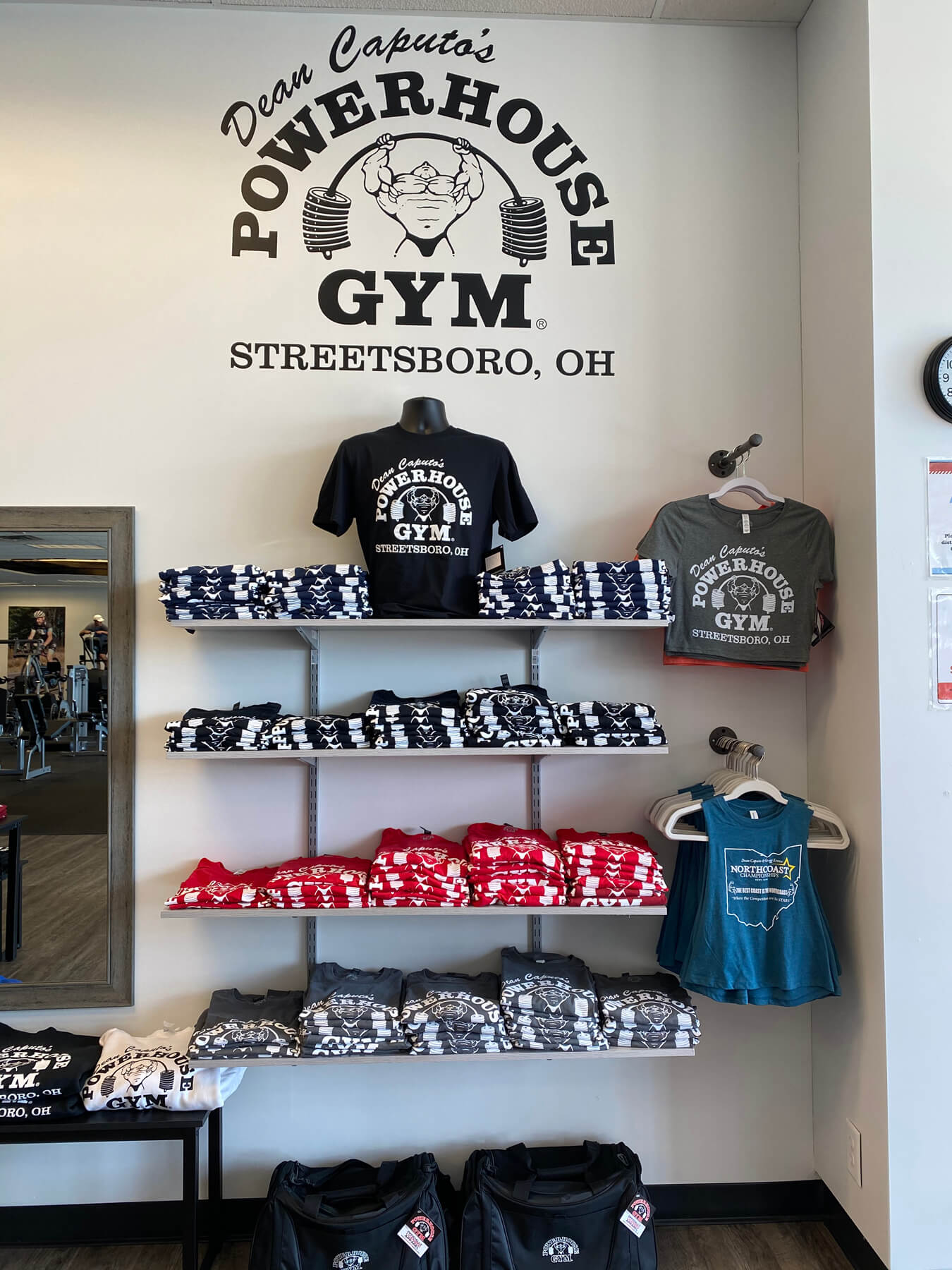 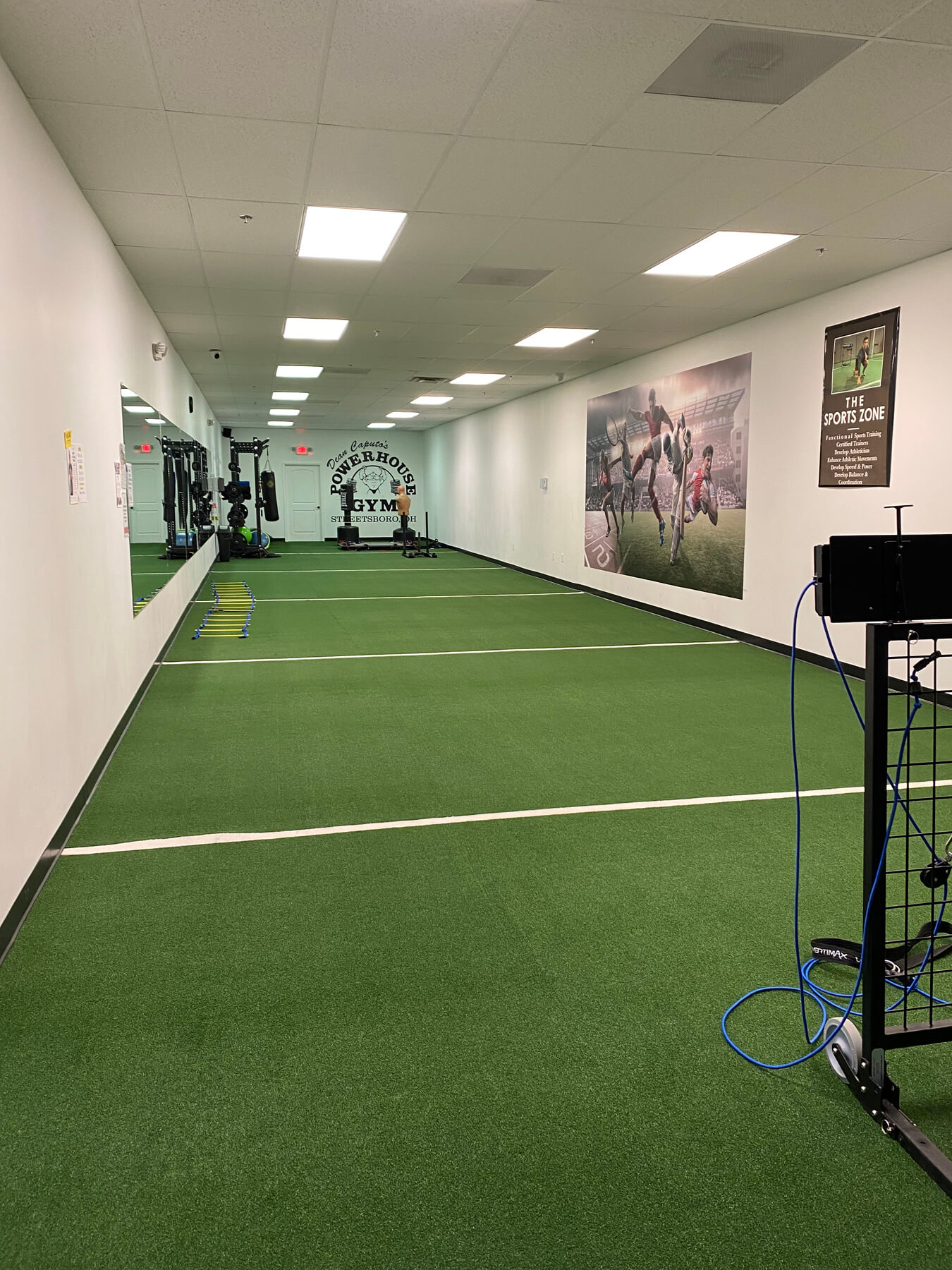 The most comprehensive amenities in Streetsboro

Everyone is WELCOME, male and female, novice and elite. ALL fitness enthusiasts can feel comfortable in their own environment called “Zones” as we have three separate gyms within one. The Fitness Zone is Functional Fitness for men and women, The Extreme Zone is Extreme Training for men and women and the Sports Zone is Functional Sports training for ALL athletes. You can be in your comfort “zone”, conquer your goals and make “Dreams Become Reality” at Powerhouse Gym in Streetsboro, Ohio.

As you enter through the main entrance, you will be in the “Fitness Zone” accommodating all fitness enthusiasts with a full range of Life Fitness Cardio equipment and selectorized Hammer Strength equipment along with a dedicated section for plate loaded equipment including dumbbells and barbells. Our locker rooms are full service featuring private rooms in front of each shower for ones privacy, beautiful wood grain lockers and much more. If you forget something on the way to the gym, be sure to stop by our full service “Fitness Shop” for all your shopping needs.

If you are looking for a mesh of old-school training with today’s modern methods, the “Extreme Zone” is for you! The extreme zone is a 1980’s throwback of Dean’s original Powerhouse Gym in the 1980’s featuring a complete line of heavy duty Hammer Strength plate loaded and selectorized Equipment, Powerlifting Platforms, and Heavy Duty Power / Squat Racks, two full racks of heavy Dumbbells up to 150 lbs with 80’s music playing while amateur, professional and legendary images will line the walls to inspire the old school spirit. There is also a large “Private Posing Room” to accommodate competitors and non-competitors transformation pictures. You will have access to stage lighting, mirrors and a music aux jack to practice your stage presentation…..all in private!

Whether you are an athlete looking to get the edge on your opponent or rehabbing an injury, the “Sports Performance Zone” is designed for you. When you enter the zone, you will see 30 yards of beautiful green stadium turf calling your name to help with speed, explosive power, agility and the vertical jump. We have trained certified staff teaching optimal training methods to maximize athletic potential using our state of the art resistance machines. You will also find Surface Sleds, TRX bands, Kettle bells, Plyo Boxes and much, much more!

We also have a certified personal training staff to accommodate an individual’s personal needs. A personal trainer will design a personalized workout plan, show you what to do, give you moral support and support you every step, stretch and rep of the way. Don’t waste time, do it right from the start, get a personal trainer!

“Dean Caputo’s Powerhouse Gym is collaborating with Pinnacle Chiropractic with Dr. Craig Banks to bring you on-site chiropractic and cryotherapy!”

Open to public, you don’t have to be a member to visit Dr. Banks at POWERHOUSE GYM STREETSBORO!

*Please see image above with QR Code, you can schedule your appointment in the gym by scanning the QR Code. “If you are not a current patient with Dr. Banks, the office will contact you to set up an initial consultation prior to your appointment at the gym”

Spray Tanning with You GLO Girl

To schedule an appointment: stop by the front counter at POWERHOUSE GYM or call 330.968.6229 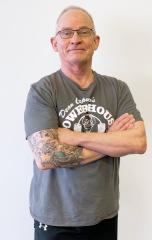 Contact us for a free assessment and free training session with Mike!

Contact us for a free assessment and free training session with Lisa! 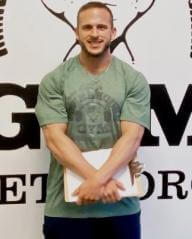 Contact us for a free assessment and free training session with Ben!

Contact us for a free assessment and a free training session with CeCe!

Looking for individuals who are willing to work and challenge themselves

Contact us for a free assessment and a free training session with Gary! 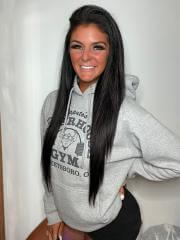 Contact us for a free assessment and a free training session with Anna!

Contact us for a free assessment and a free training session with Clay!

All classes are FREE included in your Powerhouse Gym Streetsboro Membership!

Join us every Tuesday night at 6pm for Boot Camp with Gary Chaney!

Gary is an exercise science specialist and focuses on group fitness, strength and conditioning, and competition prep.

Designed to improve body composition while working at your own ability!

All classes are FREE included in your Powerhouse Gym Streetsboro Membership!

Back to Streetsboro, OH